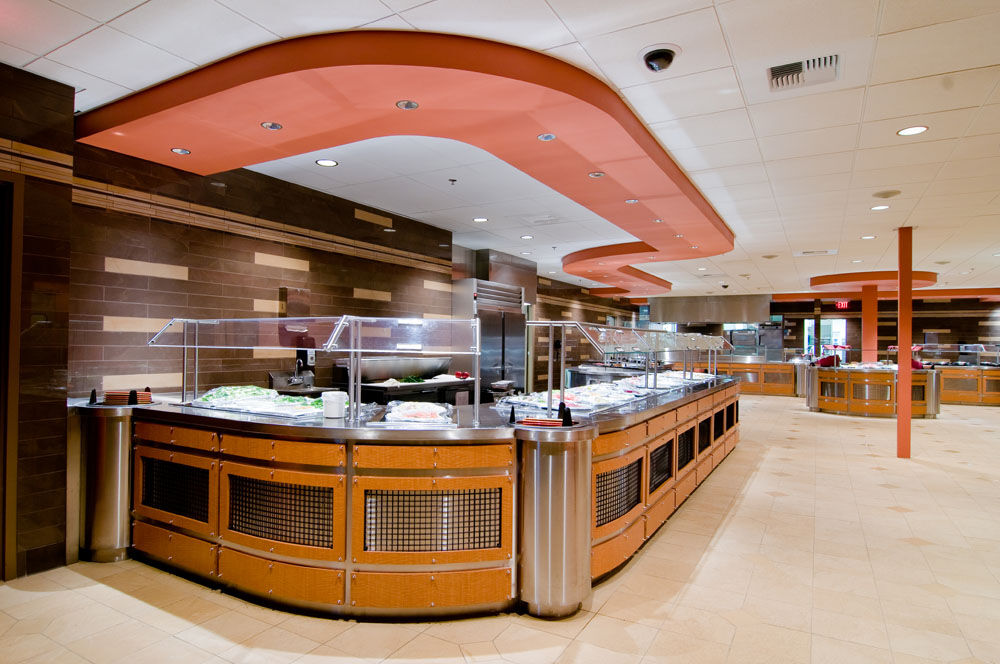 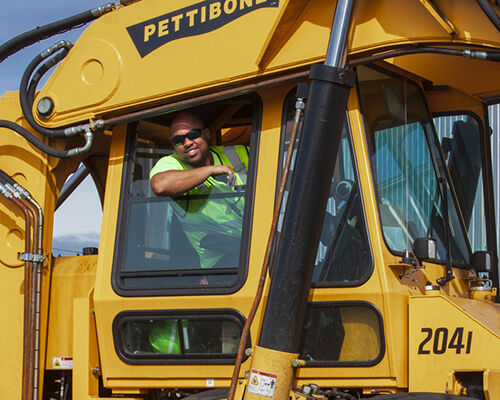 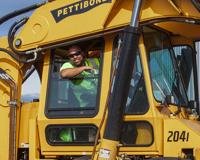 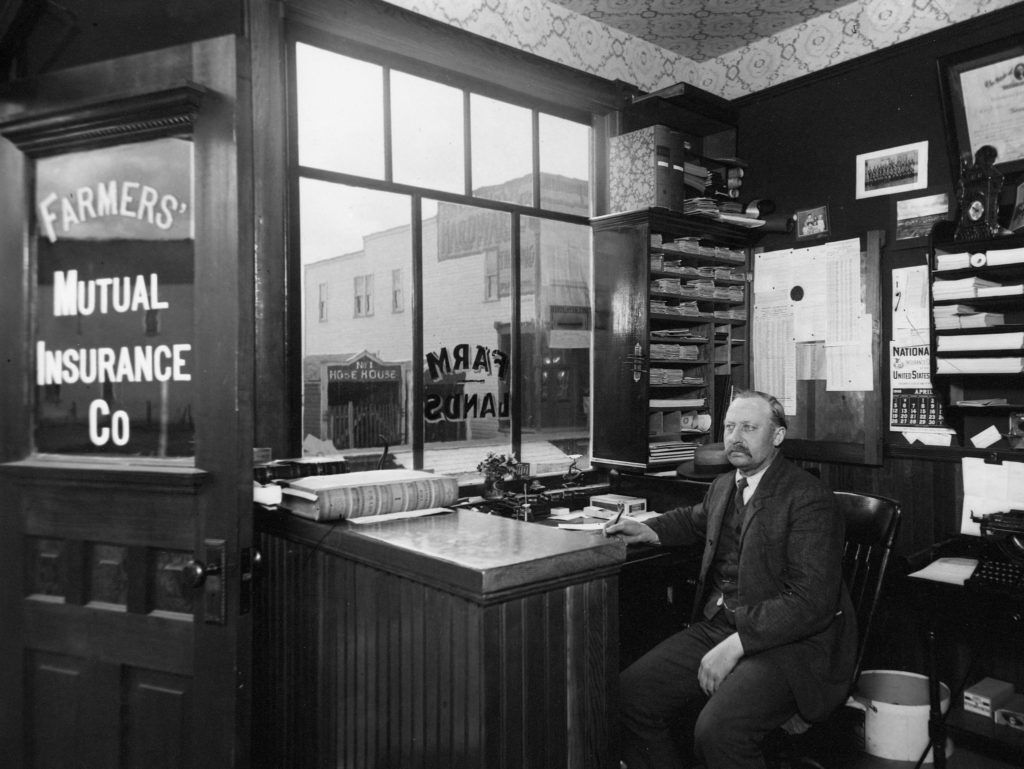 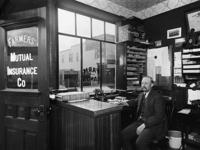 Courtesy of Mutual of Enumclaw 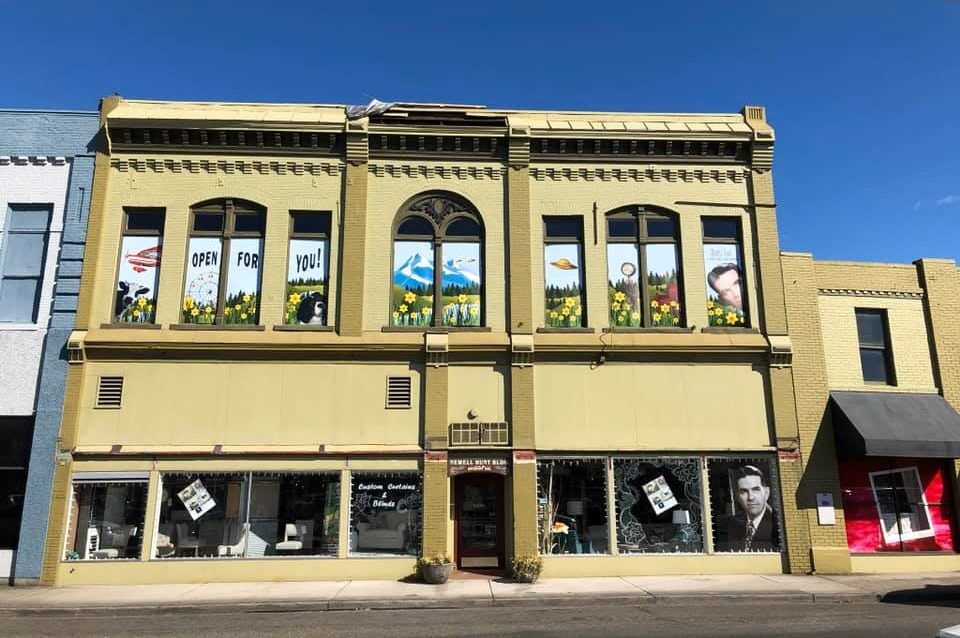 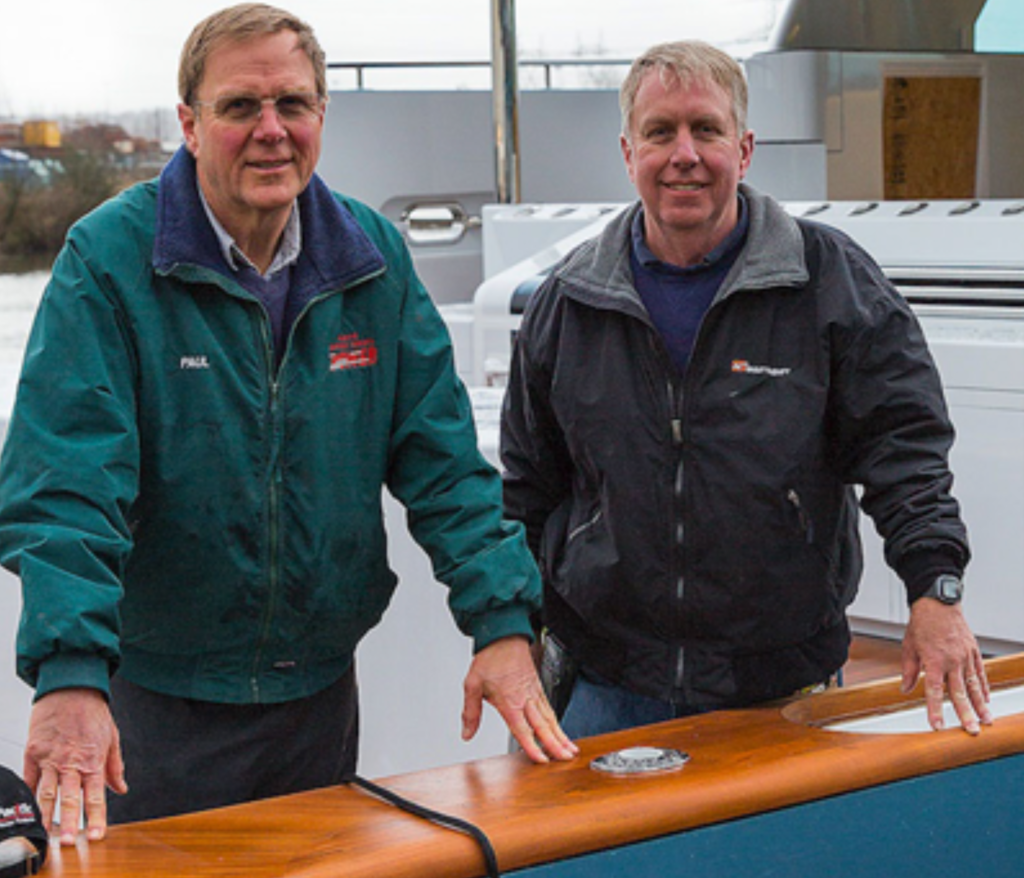 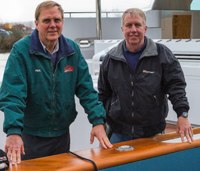 Paul and Gary Nordlund. Photo by Neil Rabinowitz via the Nordlund Boat Company. 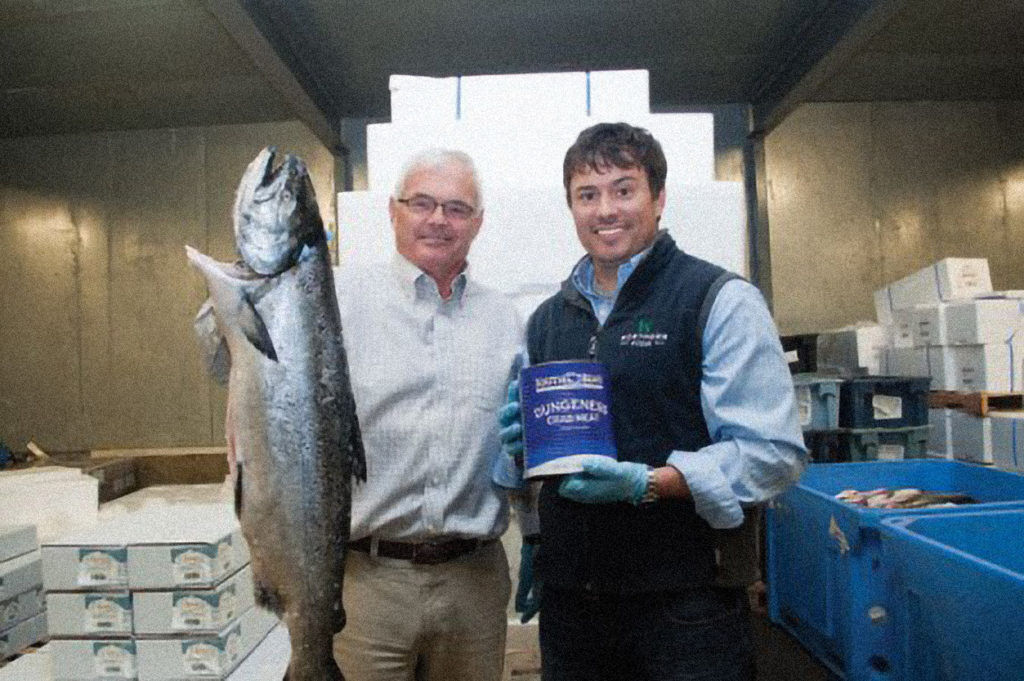 John Swanes, left, is seen with his son, Ross, in 2012. John passed away in November. Ross is now president of Northern Fish Products. Courtesy of the company. 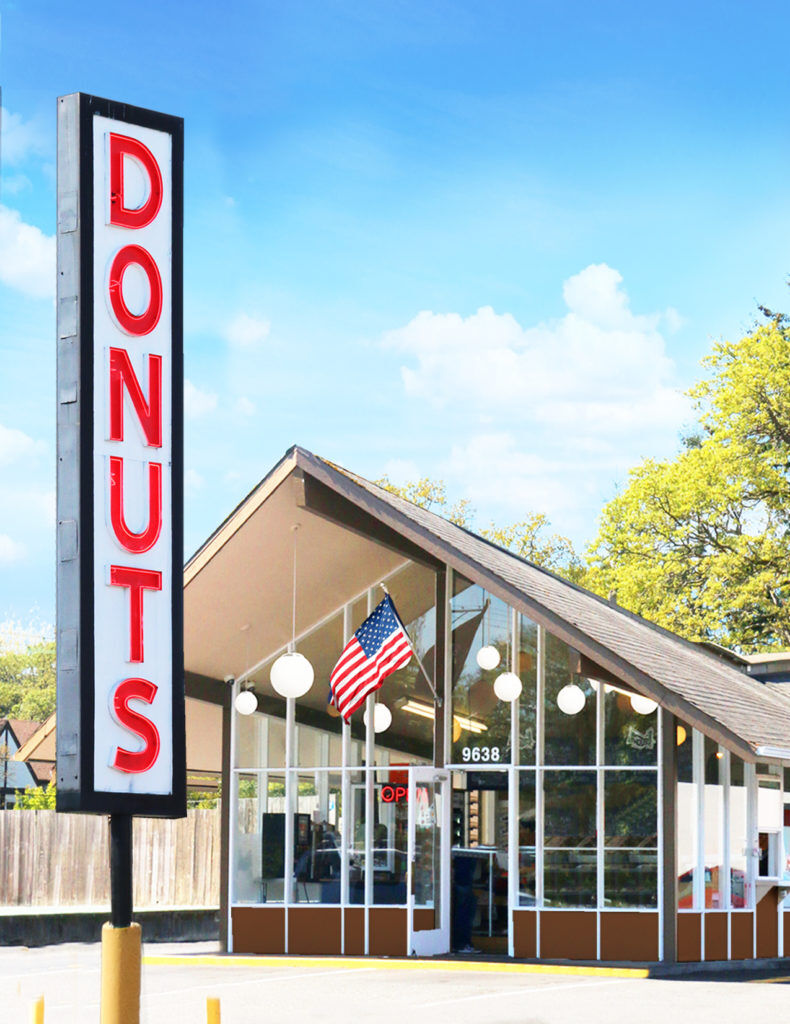 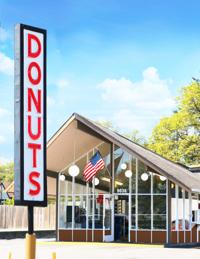 Courtesy of Original House of Donuts 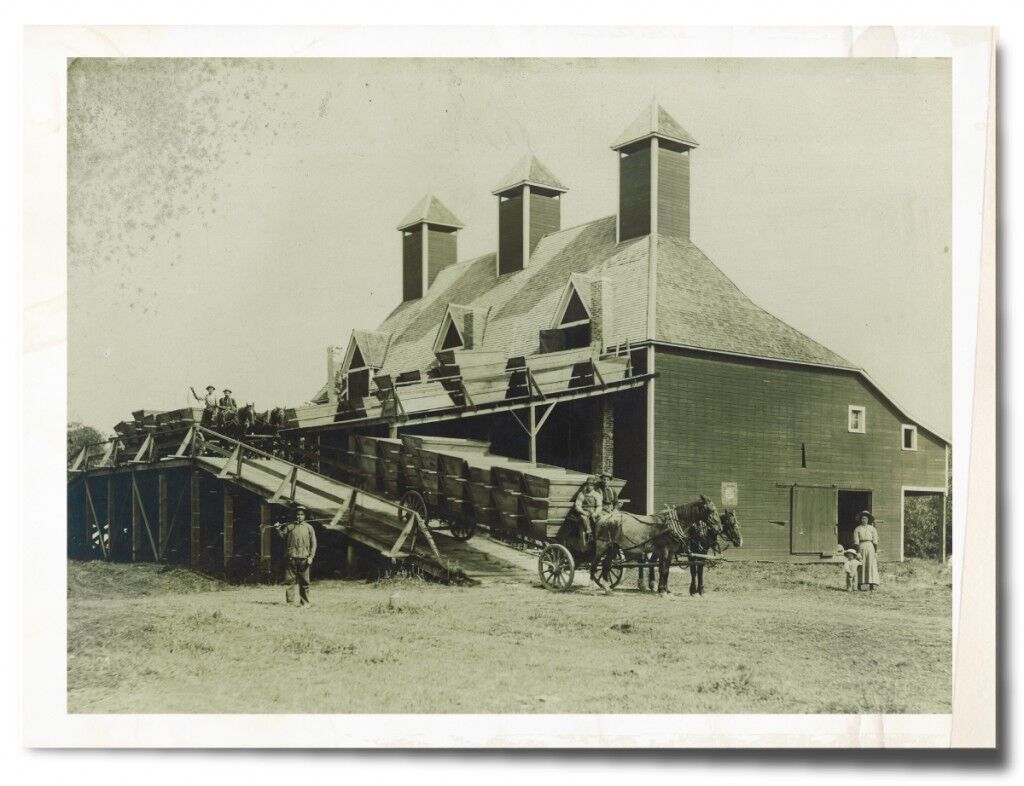 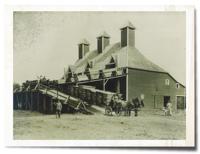 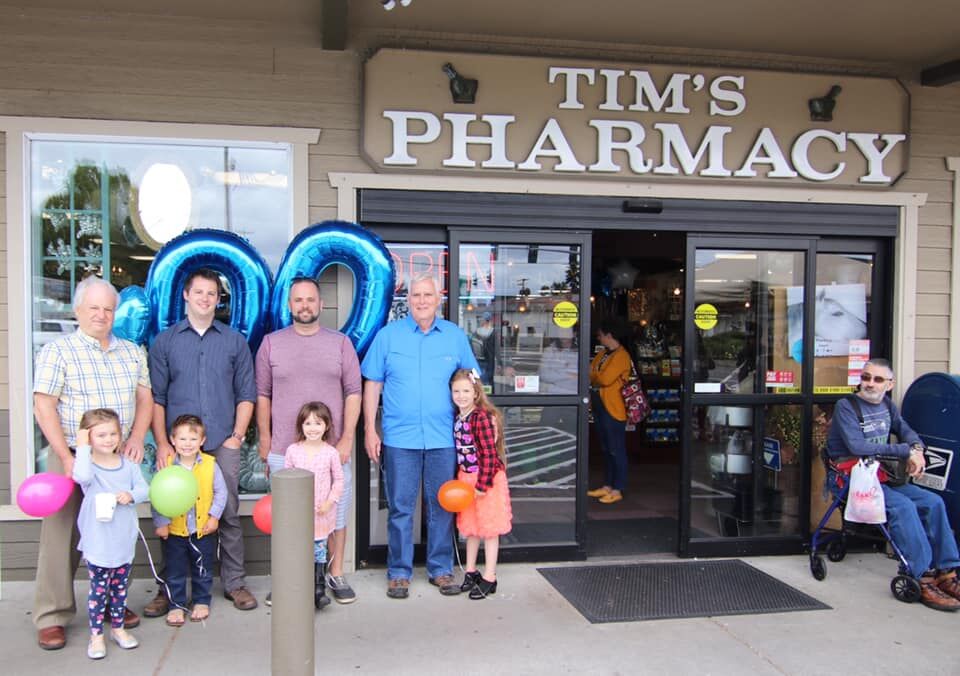 They’ve weathered many storms and withstood many trials. The companies in our annual legacy business issue — many of which are family-owned and have been around for a century or more — have been battered by the Great Depression; World War II; the Dot-Com bust; the Great Recession; and, most recently, the coronavirus pandemic. And yet, no matter what economic crisis threatened to shutter them, or what family drama has befallen them, these small- and medium-size legacy businesses have persevered.

In the hospitality industry, Bargreen Ellingson is a well-known name, as it designs and builds commercial kitchens and bars. Though it was founded in 1960 as a partnership between the Bargreen and the Ellingson families, its history goes back to the turn of the century. In 1898, Samuel Bargreen founded Bargreen Coffee Co. in Everett. Thirty years later, the Bargreens established food service locations throughout the region, which supported the post-Prohibition boom. Meanwhile, Byron Ellingson joined Dohrmann Hotel Supply, beginning his career in the food service industry. Shortly after Bargreen opened a store in Tacoma, Ellingson joined the company. The business — now run under the leadership of the third generation of Ellingsons — has grown to service nine states through 22 facilities and more than 450 employees. — Madison Miller

McFarland Cascade was founded in 1916 in Idaho; now, its international headquarters are based at the Port of Tacoma. A century ago, McFarland was best known for manufacturing and distributing poles. But the company has evolved to comprise two divisions — pole and sawn products — that supply a plethora of industrial products nationwide and internationally. According to the company, continuing research and development of wood-product preservation while also supporting wind energy infrastructure are major areas of future focus. — Blake Peterson

More than 120 years ago, Mutual of Enumclaw opened its doors. It has since expanded throughout Washington and six neighboring states, but its guiding principles have never wavered, and its mission remains a simple one. Taking its cue from the group of local farmers who founded the business in 1898, Mutual of Enumclaw stresses that protecting its members’ financial security should be done in a way that’s ethical, responsive, personal, and efficient. — Laura Jaye Cramer

Newell Hunt Furniture still occupies the same brick-and-mortar building as it did when it opened in 1946. Newell Hunt began his career at Puyallup Furniture in the mid-1920s. After establishing his own store, Hunt molded the building into more than 16,000 square feet of showroom and warehouse space — also bringing in what was one of the first elevators (which still operates today). Later, Hunt’s son and his daughter-in-law, Warren and Dorothy, joined the team in the ‘60s. Together, they expanded the business into selling furniture and appliances. Newell Hunt’s mission is to bring distinctive home furnishings and services to customers with integrity. — MM

For more than 55 years, the Tacoma-based Nordlund Boat Co. has been building custom yachts for experienced boat owners. The family-owned business, led by brothers Paul and Gary Nordlund, works with an experienced team of craftsmen to cater to its clientele — and seeks to form lasting connections in the process. “People return to build another Nordlund because of the camaraderie here,” the company’s website states. “It’s why our customers come back. Simple as that.” — BP

Pacific Northwest seafood supplier Northern Fish Products of Tacoma started in 1912 and has been owned and operated by five generations of the Swanes family. “We are proud to be one of the oldest family-owned and -operated businesses in Washington state,” its website says. Northern Fish focuses on distribution and processing, with its major lines of business being independent retailers, food service, and its two retail locations in Tacoma. Northern Fish has about 85 employees in the city. — John Stearns

The Original House of Donuts

Blueberry glazed, mint chocolate drizzle, and the classic vanilla sprinkled; it’s no wonder the orange-and-white boxes in breakrooms across the South Sound are empty by day’s end. Founded by Bob and Marilyn Cheatham in 1959, The House of Donuts (the “Original” was added later) is known for serving “fresh handmade donuts from scratch every day.” The business continued that ethos after it was sold in 2013 to current owner Tom Peterson. Earlier this year, OHOD shuttered its Tacoma shop, but the original Lakewood location on Gravelly Lake Drive, with its iconic roof and neon sign, continues to serve donuts and hot coffee daily, as it did more than 60 years ago. — Joanna Kresge

The Spooner Farms website calls the farm a “veritable berry heaven.” However, the first seeds sewn at the farm back in 1882 weren’t berry, but hops. Founder Antone Spooner of Montreal spent more than a decade living here and there along the West Coast looking for the perfect climate before he settled on present-day Pierce County. Along with friend Joseph Wallace, Spooner purchased 80 acres and soon had a robust crop of hops. Spooner later married Wallace’s sister, Mary, and together the duo established family traditions and fostered the community spirit that is still felt at farm stands and in corn mazes almost 140 years later. — JK

“Every day, we have the opportunity to have a positive impact on our communities and the individuals in them,” explained pharmacist Will Quinby, who, alongside his wife Courtney, owns Yelmbased Tim’s Pharmacy & Gift Shop. It’s an impact that has served its customers since Tim’s opened its doors (under a different name) in 1919. “Many of our customers have been going to Tim’s for decades,’’ he said. “We both have a passion for serving, and we strongly believe in pharmacy care at the community level.” — LJC